Has dating changed forever - and does it matter?

We’ve been a bit nosey recently. As people fascinated with other people, it’s sort of in our nature anyway, but on this occasion, we’ve been digging into consumers’ personal lives a bit more than normal. Why? Because we want to understand what the pandemic has done to dating.

Obviously, stay-at-home orders scuppered many dating scenarios (and were commented on at the time), but we were wondering how many of those are here to stay?

Full disclosure, I am not well versed in the modern dating world. Last time I went on a date it was 1996 and I went to go and see Independence Day with a boy called Neil. The internet barely existed, let alone dating apps, and we arranged to meet up via calls on landlines and I think we might have gone for a pint afterwards. Apparently things have changed since then.

We can probably skip over what changed for most of the 25 years since then, but the changes over the past 18 months are more interesting. Crowded bars and restaurants were out of the picture, so walks in the park and similar activities took their place. That had a knock-on effect on how people now prepare for dates and spend their money.

We’ve set our machine learning on the case, and it’s clear that the emotional spectrum of singletons was vast, with many people feeling lonely and struggling to make connections during the pandemic. But, others worked out how to meet people and thrive (and more!) in a dramatically changed world.

63% of our bees who’ve been in the dating game over the past year or so have told us that they expect to keep up some of the changes to their dating practices. Any why not? Do you really want to chuck £50 on dinner with someone you’ve decided you don’t fancy by the time the drinks arrive? And, has the rather performative nature of modern dating started to look a bit…mad….after a year in which we started to think more about what really matters?

Take beauty and personal care, for example. The recent shift towards “skinimilism” has been driven by people going out less in public and deciding to focus more on healthy, glowing skin rather than on contouring and perfect eyeliner flicks. Meeting a date for a stroll and a coffee aligns nicely with that trend continuing.

Or food and drink. We know that around two thirds of consumers are much more confident in their cooking abilities since March 2020, so, are daters more likely to show off their culinary skills in their own homes rather than go to a restaurant (which, let’s face it has advantages beyond spending less money…..)?

In short, there are plenty of markets which might seem to be in line to take a hit from long-term dating behaviour changes. But, there are also plenty of opportunities as well, as long as you know what daters are thinking. Fortunately, we’ve got loads of information on this and we’re going to share the initial findings - and recommendations - in our webinar: The birds and the bees: has post-pandemic dating changed consumers choices for good? 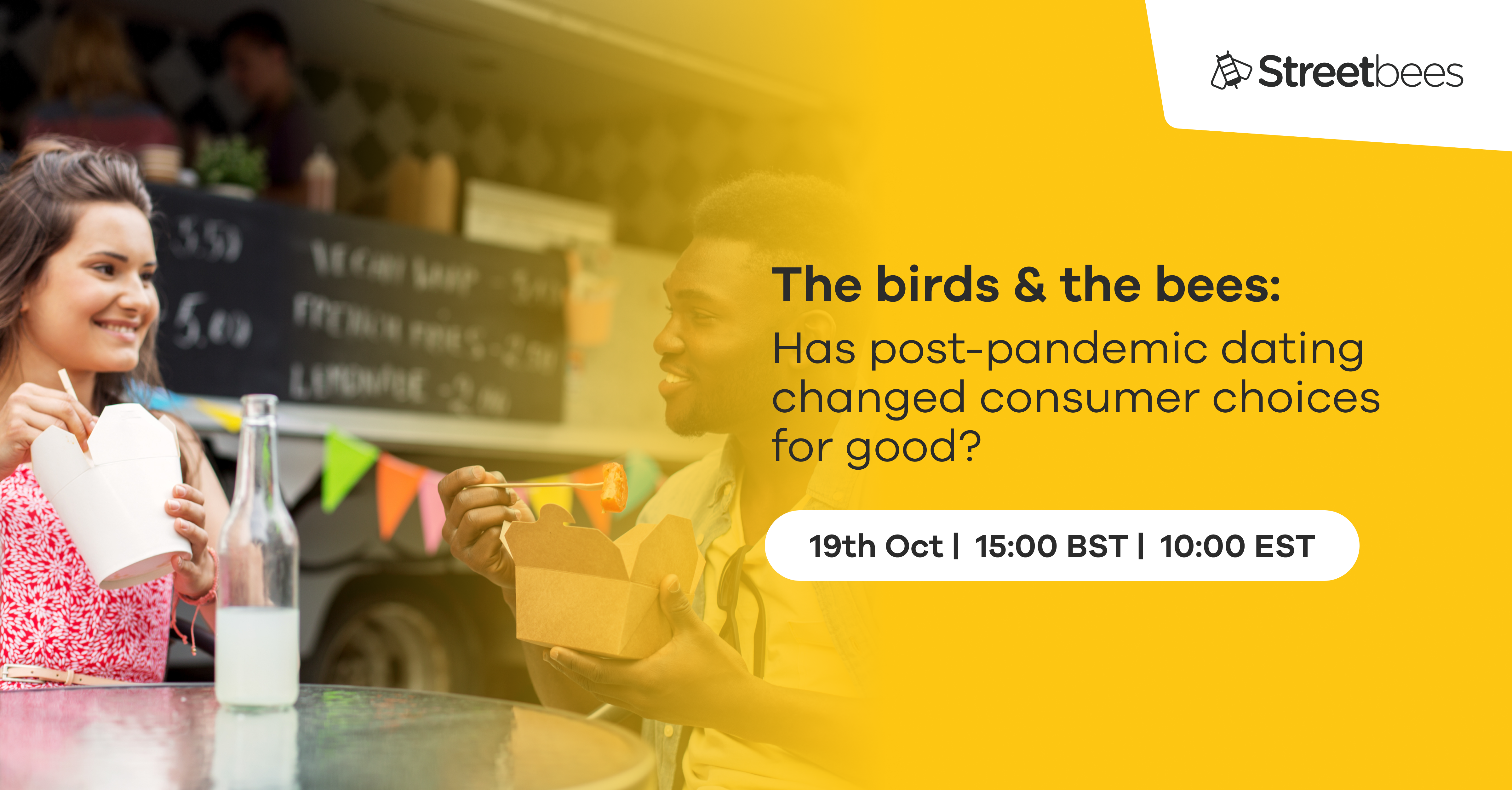 Join us and find out which new dating behaviours will stick, why, and how you can get ahead of the game.

Oh, and if you’re wondering about Neil, that didn’t last long. He got over it, though.